Ursocrypha: The Book of Bear 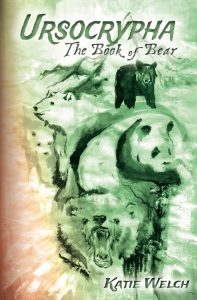 When an oil pipeline in northern British Columbia ruptures, the ensuing environmental disaster precipitates a crisis for activist Gilbert Crow, arctic researcher Anne McCraig, and a young idealist named Jonathan Fuhrenmann. They converge on the troubled community at the heart of the disaster in a desperate attempt to save the bears they love. Dramatic stories of three bears are intertwined with Gilbert, Anne, and Jonathan’s lives, offering a glimpse into the spirituality of the natural world. A race against time, this passionate journey leads bears and humans on a path that forges in their hearts a new morality for an anthropocentric planet. 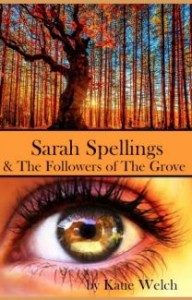 Sarah Spellings & The Followers of The Grove is available to read on the Wattpad online platform.

Rattled by earthquakes and besieged by storms, thirteen year old Sarah Spellings and her family live in a broken and changed Vancouver. A storm sweeps the Spellings house into a ravine, and separates Sarah from her father and brother. Isolated in the forest, Sarah will have to survive without civilization. Soon she discovers that she is not alone.

Joined by her psychic friend Levvy Dwight, and Quinn Braxt, a traveller from the future, Sarah begins to build a community in the giant trees. Sarah discovers she has the power to harness natural forces and use them to her advantage. As Sassamatta Grove, the treehouse village, expands and thrives, Mister Nickel and his Parleyment cronies plot an invasion. But a worse evil is on the way: Harpminster Abbott, enemy of nature.