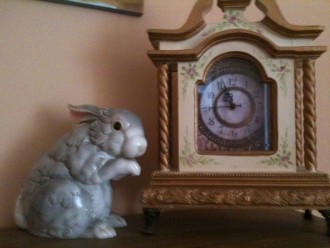 I fell out of a tree, killed three butterflies, and got separated from the bosom of Mother Nature. I found sanctuary in the written word. A love for reading became an unquenchable thirst for stories. I entered the make-believe worlds of Enid Blyton, C.S. Lewis, Tolkien, Richard Adams, and Noel Streatfield.

I became a gawky book nerd. Nearsighted, bucktoothed, and cowlick-tressed. I wore ugly sweaters and thick-ribbed brown corduroy trousers. Stories saved me from extreme teasing which today would be called bullying. I saw the unmistakable imprints of Mr. Tumnus’ cloven hooves in the snow. Scratches in the paint of our front door were made by Gandalf. I was Lucy, pushing to the back of the camphor-scented wardrobe; I was Bilbo on a pony in the forest, hungry mid-morning for bread and cheese.

2 thoughts on “Safe Between the Pages”